While we may all hail from different backgrounds, ethnicities, cultures and even different countries, our roots are innately human. Dr Syed Shabbir Hussain Gilani is the perfect example of someone whose rhizome is firmly implanted in humanitarian soil, with fibres that stretch across a vast sphere of destitute and forlorn souls. An ophthalmologist by profession, philanthropist by nature, Dr Hussain brings the gift of sight to those who can’t envision a future.

Originally from a small farming village in Punjab, Pakistan, Shabbir’s days were spent helping his family out in the fields. The role of Islam was always prominent in his life and he grew up attached to the local masjid where he was taught that “the purpose of a human being is to have sympathy for other human beings”. This is a belief which he still fondly carries with him, “Don’t only look after yourself, look after other people as well. Look after your family, friends, neighbours and the people of your city.”

Shabbir had an aptitude for academics and showed great intellectual promise from a young age. Under-resourced but overcome with determination, Dr Hussain graduated from Punjab University, Lahore, with a medical degree in 1985. His relocation to South Africa transpired six years later, where he specialised in Ophthalmology at the University of Witwatersrand in 2002.

Cataract blindness is rife in Pakistan, where the high temperatures contribute to this disease. Dr Hussain’s interest in becoming an eye specialist stems from his maternal grandmother who had always encouraged his medical pursuits while he was in high school. Sadly, she lost sight in both her eyes and told Shabbir that when he grows up to be a doctor, he will help restore her sight again. Witnessing his other grandparents struggle with their vision as well, he aspired to one day specialise and treat people afflicted by this condition.

Dr Hussain held true to his pledge and now resides as the Head of Ophthalmology at Leratong Hospital in Johannesburg. Shabbir spends his long and busy work days driving 40km every morning to run his department and then attends to his private practice in the afternoons. He dedicates weekends to the Cataract Project and performs between 40-50 eye operations for the underprivileged who suffer from cataract-led blindness. Nothing brings him more joy than the expeditious results of the eye procedures and seeing the look of happiness and amazement from his patients as they view the world in a new, positive light after having their patches removed. “The Almighty has chosen me in a way that I must do this work. Alhumdullilah,” he says with self-effacement.

Each cataract operation isn’t just a mechanised extension of his career. Every elderly patient that Shabbir assists invokes a weighty quiver of emotion and nostalgia, and reminds him of his grandmother. He sees her face in each one of them, and is grateful that he is able to help the older generation as they are the primary sufferers of cataract blindness. Dr Hussain enjoys spending time chatting and advising these patients during aftercare, and they are equally as appreciative of his life-changing surgeries. “We must help our elders,” he bids, adding that it doesn’t matter what city or country they are from, they are human beings.

Dr Hussain has expertly performed more than 5000 operations, and mentions that he’s very happy that Allah has made him a tool to provide this service to humanity and the underprivileged communities. He credits the generosity of the Cataract Project’s benefactors as the main reason he is able to continue his good work. Dr Haroun Tayob is one of those individuals who has supported him greatly in this cause.

Locally, Dr Hussain works with the Islamic Medical Association, Sultan Bahu, Awqaf South Africa, the Haroon Tayob family, Bliss Chemical, Caring Women’s Forum, PakSA Association, Islamic Relief SA, Helping Hands, Roshmed and the Gauteng Department of Health to help disadvantaged communities. He draws contentment from being able to use his skill and expertise to aid others. Even while at medical school in Pakistan, Shabbir lent his compassion and time to the Students’ Association at his university, raising funds for destitute students, as well as guiding and tutoring them. He says that this experience helped him to build his character and ingrained a sense of philanthropy in him, which spurred him on to get further involved in community work.

The father-of-four also manages to find time to work with the local South African-Pakistani community (PakSA Association). There are over a quarter of a million expats living in the country, and Shabbir aims to motivate and involve them in aiding disadvantaged groups in their respective cities and towns. The eye specialist has also established the Islamic Circle of Southern Africa, along with other colleagues, to create positive encouragement around southern African countries.

Islam is of immeasurable significance to Shabbir. He says that it teaches us “have sympathy for other people, show love to other people and give help to other people – without any discrimination.” He encourages us to take care of, not just our fellow human beings, but also the animals, water resources and the environment. He advises us to “work for humanity, love humanity, fulfil the needs of other people if you can, or if you can’t do anything, make duaa (prayer) for them… the Almighty loves people who are kind to his creation.”

Dr Hussain is no stranger to the atrocities of violence, and often treats victims of horrific criminal attacks who’ve been injured or lost their eyes. He strictly disapproves of people who use the excuse of religion for radical acts of terrorism around the world. “Islam is a religion of peace.” He refers to people killing each other for no reason and claiming religious motives for it in places such as Yemen, Syria, Kashmir, Palestine, South Sudan and Myanmar. He would like people to keep positive and educate others to be better human beings.

The Holy Prophet Muhammed (PBUH) is the role model that Shabbir wishes to emulate. He is inspired by the humble life of the Prophet who grew up without prosperity, struggled to uplift a debased community, and created morality amongst them.

His favourite Quranic verse exists in Surah Al-Imraan, where the underlying message is to have faith in Almighty Allah, retain deen throughout your whole life and create unity amongst yourselves.

Dr Hussain associates success with striving for a place in paradise. He views life as an examination that we write with our good and bad deeds. It’s most important to use our resources to help those in need.

Approaching 60 years old, Dr Hussain drops no hints of retirement. He’d like to continue with the Cataract Project and also start a youth outreach programme. He says today’s young men and women are frequently led astray by drugs, club life and marital problems. He wants to bring back the unity that Islam teaches us in order to help them live corruption-free lives.

Shabbir would advise his younger self and all Muslim youths to have a strong connection with the Quran and follow the rule of Allah in order to attain success. “Stay positive and work hard, you will achieve everything.”

Dr Hussain finds great importance in joining organisations such as Proudly Muslims of South Africa. He relates how Prophet Muhammed (PBUH) said that we can’t live life alone, and we must lead a life with the community. Working together as an organisation is a manner in which to conquer all our problems. He adds that we must play our part to assist ‘good’ and stay away from ‘bad’.

He tries to live each day as his last, and mentions that his parting words of wisdom would be to love each other and the community and work for the people.

Shabbir would like society to remember him as someone who was integrated into the community, and as someone who loved and helped people. “The best thing which you can achieve in the world is to prepare the next person as a good person.” He says that he’s always trying to become a better person and seeks to create good amongst others.
The greatest gift to humanity is not sight, but vision. Dr Shabbir Hussain doesn’t just restore the eyesight of the underprivileged, but he also reinstates their vision of optimism and hope by giving them a life worth opening their eyes for each day. 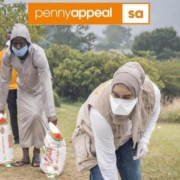 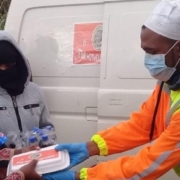 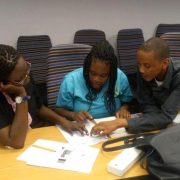 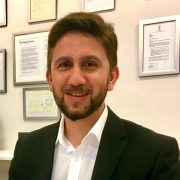 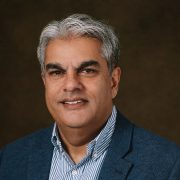 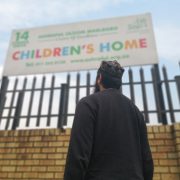